Sunlight is absorbed by the earth’s surface, which warms the lower levels of the atmosphere to provide the energy that drives our weather.

This warming effect varies from place to place depending on the intensity of the light striking the surface, how long the surface is exposed, and on the nature of the surface itself.

When air is heated, it expands, becomes less dense, and rises. As it moves upwards (away from the heat source) it expands and cools.

If the Earth were a uniform ball of rock, this would produce a circulation of air in the atmosphere something like this: 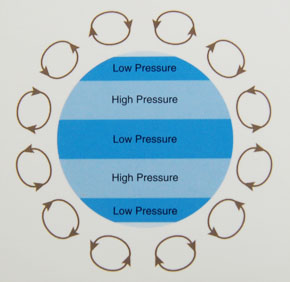 In addition, the whole pattern moves a few degrees north during the summer, and south during the northern winter: that is why lows (depressions) generally track further south in winter to give us “mad March days”, highs drift north in summer to give us the “crazy, hazy, lazy, days of summer”.

The pattern is also distorted by the presence of land, which heats up and cools down very much more quickly than sea. In summer, this produces an area of low pressure over North Africa and Southern Asia. which breaks up the belt of high pressure at about 30° north.

Air tends to flow from high pressure to low pressure, but its movement is deflected by the effect of the Earth’s rotation. In the northern hemisphere, moving air masses tend to turn right: in the southern hemisphere they tend to turn left. This is known as the Coriolis effect, and produces a global pattern of winds like this:

In Holland and the UK, these different types of air are often given descriptive names: 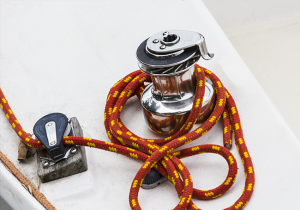 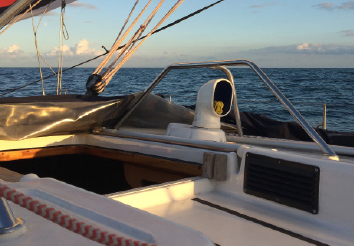 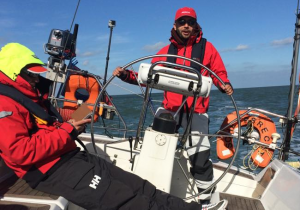 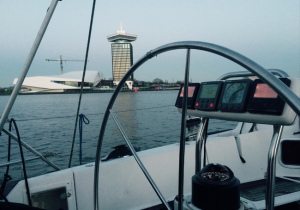 Excellent combination of fun and learning !

Overview of all RYA courses